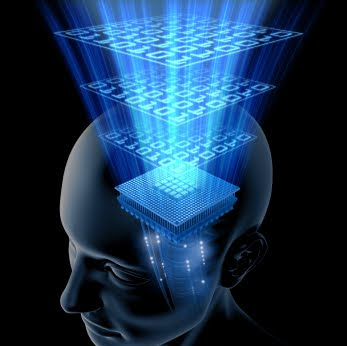 I’ve been putting this post off for quite some time for various reasons, but I finally want to author it and eliminate a great deal of confusion and misconceptions that people have pertaining to knowledge. In all areas of knowledge, people often utter phrases like “You can’t be certain,” “You can’t be 100% sure that x is not the case,” and “You can’t know for sure.” Certainty, knowledge without an chance of error, is an impossible standard that no person should ever demand, hold, or expect. To demand that we need to be certain about anything would severely undermine our knowledge because we couldn’t be “certain” of many things except for logical absolutes and the idea that we’re thinking.

We don’t need 100% certainty to accept claims, but we do need good justification for accepting claims. If a claim is supported by evidence that places it on a level in which reasonable doubt is not justified, we should be happy. Claims are beyond a reasonable doubt when they provide the best explanation for something, are testable and falsifiable, open to examination by everyone, doesn’t raise more questions than it answers, etc.

Some people think that certainty is a prerequisite for knowledge, but this isn’t the case. Knowledge is based on evidence, reason, and argument that we have acquired.

We can have a tremendous amount of evidence to support a belief, but it’s impossible to be certain for many reasons:

-1) Something may change tomorrow.

-2) Wild skeptical possibilities (Life is an illusion, We’re living a dream, This is the matrix).

-3) We could almost always be mistaken and/or deceived.

Reading up to this point may place someone in a philosophical quagmire and may lead someone to unjustified conclusions such as “we have no basis to believe anything,” but this isn’t the case. I’ll expand on points one and two. Point three is self-explanatory.

1)The idea that something might be the case in the future does not entail that all of our knowledge is incorrect or that a certain proposition is true because it might be true in the future. We must admit that knowledge is based on what we currently know about the world. Great. If we find new information and this information turns out to be justified, we revise our beliefs…but just because this may be the case does not allow us to jump to conclusions about any claim. Sure, we might find out that people can talk with dead people (and get answers) tomorrow, but we’ve no rational reason to believe that today. Unless we have rational reason to believe something today, we should not believe it. The idea that something might be true in the future does not threaten our current base of knowledge or allow us to believe in things that might be true.

2) It’s possible that we’re living in a world that is programmed by some intergalactic overlord and the “game” of this life is to be as rational as possible and reject all supernatural claims. It’s possible that we’re actually experiencing life on earth, but we’re really husks on the planet Krebulub. It’s possible that we’re all a part of a “dream of life” in which we really feel alive here on earth, but aren’t. It’s impossible to disconfirm all of these wild hypotheses, but we can feel comfortable in saying that there’s no rational reason to accept any of these scenarios. These threats alone undermine certainty, but that’s okay. The mere possibility of error is no good reason to doubt knowledge that is reasonably justified to a point in which only a fool would rebut. In other words, the possibility of any of these skeptical claims should not lead us to doubt that water freezes at zero degrees Celsius.

Can we be certain about historical events in the past? Historians want to determine what probably happened by using various standards and gathering evidence. Historians want to find various accounts attesting to an event or person, contemporary sources from that time period, and disinterested sources. We can’t be certain that there was or was not a man named Jesus who was the focus of the New Testament, for example, but we can look for evidence to come to a conclusion based on the evidence we find (or don’t find). If you still want to hold on to the idea of certainty being a prerequisite for knowledge, you’ll have to abandon almost all that we know from about 1900 B.C.E. to the beginning of time…but this obviously isn’t the case. We have good amounts of evidence to suggest that Julius Ceaser existed, for example. We can’t be certain about it, but we can be justified in believing that he did exist.

What about the phrase “You can’t be certain that x doesn’t exist?”

Hopefully by now I’ve convinced you that we should throw out the concept of certainty because certainty is impossible and an unfair standard to place on someone. If this is the case, I don’t need to argue farther…but I’m sure there are some out there who still don’t understand the burden of proof and the idea of disproving something, so I’ll continue.

It’s ridiculous to demand that a person “disprove” something. It’s unfair to demand that the non-believer in claim y scour every inch of the universe and come to a conclusion that claim y is not supported by evidence/ there is no good reason to believe claim y. If we have no evidence for something, we simply should not believe in the something. Absence of evidence does not entail that claim y is plausible; evidence is needed to justify a claim. You certainly wouldn’t accept me saying, “I believe in ESP because it hasn’t been disproven” or “Until you prove that ESP doesn’t exist, I’m justified in believing in ESP.” Regardless, the burden of proof for a claim being made is on the person making the claim, not the person who doesn’t accept it…and just because something hasn’t been conclusively refuted doesn’t mean that it’s true.

Certainty is an impossible standard to attain and should be removed from argumentation. The mere idea that we can’t be certain does not undermine our knowledge and does not allow people to believe whatever they want just because there is no certainty. Hopefully this post was convincing and will allow for an end for people bringing up certainty in debates.