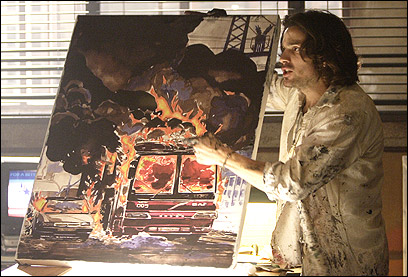 I’ve touched on the problem of evil in previous posts, but I’d like to specifically craft an argument here that demonstrates that God should have moral obligations to prevent and stop evils just like we would expect humans and superheroes to stop evil. If God is all-loving, we should expect him, to stop evil. Would we also expect to see a hostile universe to humans if an all-loving, all-knowing, and all-powerful (omni-god) created it?

Theists argue that belief in an omni-god is rational because God might have reasons that are unknown to us for permitting moral and natural evil. There may be “greater goods” that will be attained either in the future or in the present because such evils exist. God’s unknown reasons and the attainment of greater goods would justify the presence of evil in this world.

Atheists argue that if there are unknown reasons God might have, why wouldn’t he create a universe in a different manner so that these unknown concerns could be attained (he is all-powerful and all-knowing after all)? If a theist would argue that there are unknown reasons for some evil in this world, the atheist would object, why do we not say this about all evils that exist and employ some moral skepticism?

I will argue that in light of tremendous evils in the world, belief in God is irrational. To defend this conclusion, I will argue that God would not design a universe without natural disasters and human defects; God would design humans without the inclination to commit horrendous crimes; God has a moral obligation to stop evil and does not, so he almost certainly does not exist; and respond to theistic objections.

Consider natural disasters, disease, stillbirths, and genetic defects that have nothing to do with human action. Tsunamis, earthquakes, hurricanes, and floods destroy tremendous amounts of property and kill numerous amounts of people. Diseases cause tremendous amounts of harm and even cause human beings to die. Stillbirths cause fetuses to die in the uterus and lead to grieving mothers and families. Genetic defects cause humans to die or live lives of tremendous discomfort. A world created by an omni-god with humans in mind should not contain these natural evils. We would expect to see greater human flourishing in a universe that is not so hostile to human beings if an omni-god created it.

A theist may argue that this is the best of all possible worlds when responding to natural evil. The best of all possible worlds objection fails because God could create the world in any manner he wants to if he exists because he is all-powerful. I can easily think of a better world than this (one without natural evil, much more space for humans to live, etc) that God would be able to create. A theist might also object and say, “We need evil to be compassionate and to have good.” This objection doesn’t work because we can be compassionate and do good without natural disasters and human defects. Besides, if something is needed for us to be compassionate and do good, God can surely trigger compassion and the propensity for us to do good without having natural disasters and defects.

Humans typically don’t want to eat other live human beings, rape family members, or gouge their eyes out with screwdrivers. If there is a god that created humans, this god must have created us with the propensity to commit these previously mentioned actions. Humans also can’t breathe underwater, fly unaided, or read others’ minds. It’s very clear that humans are limited and don’t have the “free will” to choose any action. An omni-god could have easily created humans without wanting to rape anyone, murder babies, or kill their children, so why would he not do this? If God exists, he didn’t design humans with the ability to breathe underwater, so why wouldn’t he design humans with no desires to commit horrible crimes?

If God exists and has the ability to stop evil, but does nothing, he should not “get off the hook” for just sitting by and watching the evil happen. We should expect God to stop evils if he exists. Since God does not stop evil, we can safely assume that he does not exist. If I saw a baby drowning in a shallow lake, was able to save the baby, would not be in any danger, and would not be inconvenienced by saving the baby, people would expect me to save the baby. Theists, though, would say that God had reasons for not saving the baby or perhaps would utter “God works in mysterious ways.” If I didn’t save the drowning baby, theists would not accept these defenses from me. Only a lunatic would think that I was morally right and justified in not saving the baby if I said “I’m mysterious” or “I have reasons for not saving the baby.” Since God cannot be inconvenienced, harmed, or put in danger by saving the baby, we would expect him to stop all evil. God should have many more moral obligations than humans because he can stop all evil quite easily, much unlike limited and finite humans. We should expect God to stop evil, but evil is not stopped. Our expectations of God stopping evil are not met, therefore it is irrational to believe in God.

Imagine that a human, let’s call him Earthquake Man, had the power to stop earthquakes from ever happening again simply by thinking for ten seconds. This power would not harm him, harm others, upset the natural course of the planet, and would lead to no destruction. If we confronted Earthquake Man and asked him to stop future earthquakes, we would expect him to do so because he has the ability to do so, this would alleviate a great deal of human suffering, and he wouldn’t be heavily taxed by it. If Earthquake Man said “I won’t stop the earthquakes,” we would think that he was a monster for saying no. Would we accept him saying “Well, earthquakes cause humans to be compassionate, so I won’t stop them” or “Well, I think that we can be motivated to help others when cities get devastated, so I won’t stop them.” If Earthquake Man existed and was an all-loving being, we would expect him to stop the earthquakes. Since earthquakes are not stopped, we have no good reason to suggest that Earthquake Man exists (not to mention that we have no other evidence for him anyway.) God’s in the same boat here. If he exists, he has the power to stop earthquakes, he’s all-loving, and he cares about humans. We don’t see earthquakes stopping, though…

Some theists may argue that there are greater goods that are attained by evil and that God might have reasons that are unknown to allow evil to happen. Such greater goods that would be attained (whatever they are) could surely be attained by an omni-god without having natural and moral evil in this world. Do thousands of people need to die as a result of earthquakes or tsunamis in order for greater goods to be achieved? Why couldn’t the greater goods be achieved by an omni-god via another manner? The “unknown reasons” objection leads us to moral skepticism and a state of panic. Imagine saying, “Well, the student who was raped last night shouldn’t be so sad about her situation because there might be an unknown reason why she was raped and there can be some benefit in the future that she will reap.” Would we praise bystanders for not stopping the rape because there might be a future good? Why say that God might have reasons for allowing evil, but not say that humans have unknown reasons for not stopping evil?

It is irrational to believe in an omni-god because anyone can look at the world and see a tremendous amount of moral and natural evil that can be stopped by God. If God existed, we would not expect to see a universe that is hostile to humans and we wouldn’t see humans who had the inclination to commit horrendous crimes. Theistic responses to the problem of evil are inadequate.