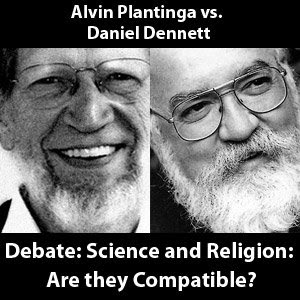 I’d like to share an essay that I wrote for my philosophy of knowledge class regarding belief and warrant for belief. All citations are from Alvin Plantinga’s book Warranted Christian Belief. I discuss major problems with his model for epistemic warrant.

Plantinga proposes that “a belief has warrant only if it is produced by cognitive faculties that are functioning properly, subject to no disorder or dysfunction – including absence of impedance as well as pathology” (Plantinga 153-154). He also proposes that a person must be in a certain kind of environment that they are designed for to attain warrant and “produced by cognitive faculties such that the purpose of those faculties is that of producing true belief” (155). Plantinga also claims, “the design plan in question is a good one, one that is successfully aimed at truth, one such that there is a high (objective) probability that a belief produced according to that plan will be true (or nearly true) (156). Plantinga continues, “The degree of warrant it enjoys depends on the strength of the belief, the firmness with which S holds it” (156).

Plantinga’s second contention alleges that a person must be in a kind of environment he/she is designed for. Several problems arise when considering this definition. Humans may use technology to explore environments they were not “designed for” and may visit different climates, galaxies, or planets. Do my beliefs suddenly lack warrant if I am an astronaut on the moon? Humans clearly were not “designed” to be on the moon, but scientists can experiment while on the moon, write data in a logbook, and form beliefs based on experience gained on earth. What would happen to Plantinga’s idea of warrant if humans adapted to live on Antarctica or used technology to live there? Would all “Antarcticans” lack warrant when they gained knowledge living in Antarctica? A person can have exemplary cognitive abilities, justification, and very good reason to lead to a belief. Would humans also lack warrant if we colonized Mars and lived in another galaxy? Would a “Mars baby” have more or less warrant at the age of seventeen than a sixteen-year old who was reared on earth? What about scuba divers and people in submarines? Do they also lack warrant when forming beliefs underwater?

Plantinga also argues that faculties must be aimed at producing true belief in order for a person to have warrant. A problem arises with this claim because a person in the most well-intentioned manner may be seeking true belief but can arise at a false belief. Imagine that a person wants to find information about the Holocaust and reads a book written by a man who alleges that the Nazis did not use gas chambers to exterminate Jews. Although this person intended to gain true belief, he/she arrived at a false belief. A person who wants to acquire a true belief may also want to explore different religious venues and come to the conclusion that the universe is less than ten thousand years old because the members of the congregation are all young-earth creationists.

Finally, Plantinga proposes that firmness and strength of a belief adds degrees of warrant. I find this notion troubling because all sorts of people believe false ideas and are very strong in their convictions. Learned individuals strongly believe in ESP, alien abductions, psychic powers, intelligent design, government conspiracy theories, playing Mozart music near a fetus can increase the intelligence of the potential child, the Loch Ness Monster, Lord Xenu, and various other strange things. Many of these people are convinced that their beliefs are true, may release books trying to argue for their positions, speak at conventions, and would testify in court that their testimony is truthful. What happens when two people who hold conflicting and incompatible views such as “the red clock is on the wall” and “the red clock is not on the wall?” If the clock is clearly on the wall and the believer who argues that it is off the wall is firm in his beliefs, is he more warranted?

I propose that certain standards such as evidence, parsimony, peer-review, verification, and falsifiability should be considered when pondering warrant. Great difficulty also lies in determining what standards a person must meet when considering whether or not a belief is justified because all claims are not created equal; some claims require more justification and evidence than others to be warranted or regarded as being truthful claims. It should be reasonable to suppose that a person needs more justification to believe that her dog speaks Spanish than to believe that her daughter speaks Spanish; we know that dogs don’t speak Spanish and know that humans may speak Spanish.

I agree that the proper functioning of cognitive faculties is important for evaluating justification for a belief, but Plantinga can make this contention less restrictive by wording it as following, “A person has warrant for a belief only if he/she does not have significant cognitive defects that do not allow for proper formation for belief.” This still may be problematic, though, because a person may be significantly impaired and still understand that his/her mother is his/her mother, that he/she is laying on a couch, or other simple beliefs. Again, not all claims are created equal. I believe that all other contentions have to be removed.

Other problems arise when people believe they are justified in believing in a claim even though other learned individuals know that they are not. I previously explored this possibility with weird beliefs. Our best bet for justification ought to be, “A person is justified in believing in a proposition if he/she has thoughtfully researched, considered various alternative viewpoints, successfully engaged others in honest and productive discussion, can defend the belief, the claim has endured great scrutiny, was empirically verified, etc.” This changes when beliefs are apparent or knowable without tremendous justification such as “the sun is bright.”