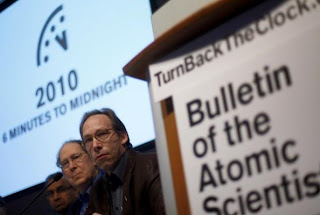 Theoretical physicist Lawrence Krauss has drawn the ire of many following some of his comments at American Atheists’ 2012 national convention including “philosophy is the field that hasn’t progressed in 2000 years whereas science has” and in an interview with The Atlantic in which he asserted that philosophy of science has “no impact on physics what so ever.” Philosopher of science Massimo Pigliucci responded to some of Krauss’ comments in a lengthy blog post on RationallySpeaking.org noting that Krauss’ comments are a “combination of profound ignorance and hubris.” Today, in a Scientific American article titled “The Consolation of Philosophy,” Krauss clarified his statements regarding philosophy and apologized to those whom he offended.

Read more of the article on Examiner.com here.