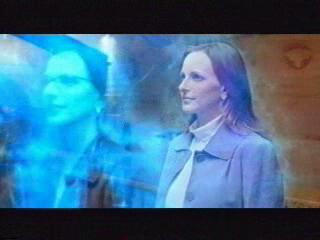 You might have heard or perhaps endorsed (!) some ideas regarding the nature of truth. Perhaps you believe that all truth is relative, individuals create their own realities, or what people believe is ‘true for them.’ The phrase ‘perception is reality’ is often mentioned by many, but there’s often — as far as I’ve experienced in casual conversations with the ‘philosophically unwashed’ or perhaps people who aren’t thinking very critically — a large misunderstanding surrounding this phrase that seems to lead people to accept conclusions about the nature of truth this is, unfortunately, profoundly unreasonable.

I created a PowerPoint for one of my graduate level Psychology courses dealing with, as you may guess, course material. The phrase ‘perception is reality’ has been thrown around quite casually, but there hasn’t been much discussion about what some basic philosophy would have to contribute in order to inform.

I argue for a reasonable view of ‘perception is reality’ and argue against the most unreasonable understandings of ‘perception is reality in this presentation. I don’t use ‘heavy terminology’ or ‘dig too deep’ into some philosophical concerns and unfortunately only have ten minutes to deliver this presentation, but this should be just fine for a lay audience (especially a class in which people likely have little understanding of epistemology, logic, and philosophy in general). This could easily be a lengthy presentation and be more specialized for an audience with more understanding of philosophy. (I didn’t even touch ideas of ethics of belief, go deep into induction and the laws of logic, threats to the law of the excluded middle and bivalance, or discuss — in length — the reasons why people happen to endorse truth relativism…)
For a longer take on this issue, please read my Philosophy Capstone paper titled “A Defense of Reason.” Enjoy the PowerPoint and please feel free to comment.
Download/view the PowerPoint here.
…and for those who think that this is an ‘atheistic’ viewpoint for whatever reason, here’s a discussion with Christian philosopher William Lane Craig raising criticisms against ‘perception is reality’ in the sense that all truth is subjective and individuals create their own realities or otherwise constitute reality simply because they hold beliefs. [I obviously disagree with William Lane Craig on the idea of a properly basic belief and some other things in this podcast, but that’s a story for another day…]