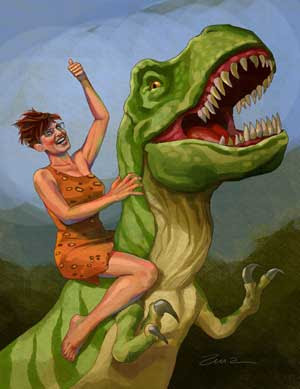 Recent discussions from a FOX News story regarding the terminology of the Christian creation story as a myth have sparked a great deal of debate in the atheist community here, here, and here.

Fox News doesn’t give the facts and the entire quote in context…the exact usage of the word “myth” in the science textbook is here:

In the 1970s and 1980s, antievolutionists in Arkansas, Tennessee and Louisiana passed identical bills calling for “equal time” for teaching evolution and creationism, the biblical myth that the universe was created by the Judeo-Christian god in six days. But a court ruled that the “equal-time” bill was unconstitutional on the grounds that it violated the separation of church and state.

According to the Oxford English Dictionary, here is the applicable definition of myth:

A traditional story, typically involving supernatural beings or forces, which embodies and provides an explanation, etiology, or justification for something such as the early history of a society, a religious belief or ritual, or a natural phenomenon.

As a mass noun: such stories collectively or as a genre.

These two definitions fit well with the context in which myth is being used. The third definition, though, is clearly not the form of myth being used:

A widespread but untrue or erroneous story or belief; a widely held misconception; a misrepresentation of the truth. Also: something existing only in myth; a fictitious or imaginary person or thing.

Even if we were to allow the third definition to be applicable, it is fair to say that the belief about Adam and Eve is widespread and untrue. There is a great misconception amongst Americans about this garden of Eden story and even close to 50% believe that God created everything in its present form less than 10,000 years ago!

This science textbook is clearly not anti-religion by any means. The word myth is not used in an offensive or denigrating manner. I suppose we can return to the debate of “is someone being offended,” “is it okay to discuss ideas even though the discusser does not have the intent to offend,” etc, but I’m not wholly interested. The textbook has no intent to offend and is just recounting evolution and the law.

Saying “I’m offended” in many cases is almost certainly entirely subjective and varies from person to person.

I could claim that I’m offended by people who chew gum and have long fingernails.

I could say that I’m offended by gangster rap.

I could say that I’m offended by Christianity and the Bible.

…but does this give me warrant to ban books, stop behaviors, and make the world bow to me and change the way people act because I say so even though I have no legitimate legal complaint?

“I’m offended” may be a valid complaint if people are racist, sexist, or personally attacking you…but people often say that they’re offended by people who critique IDEAS, not people. I hear this complaint quite often from theists who tell me that I’m offending people. I make it very clear that it’s okay to critique any idea and that we should do so in a fair manner. I’m not going out attacking people…I’m attacking ideas. I understand that people may hold ideas dearly, but you have to step back sometimes and accept constructive criticism for your the benefit own healthy thinking and perhaps your life.

I’m personally fine with calling the creation story a myth. What’s so bad about that? Theologians and many honest religious people will call the creation story a myth. The usage in the textbook does not belittle religion, present an anti-religion viewpoint, or really say anything about religion at all. The section in question discusses results from court rulings and legal documents.

A science textbook I used in my Natural Science course, Just a Theory, used Creationism and Intelligent Design as pristine models for pseudoscience (as they are).

Science teachers and people who represent science should repudiate pseudoscience and give the information what science has to say. In public schools, the situation may get difficult, but here’s a simple example of some discussions that students may have with teachers:

Student: My religion tells me that Adam and Eve were the first humans and God created the universe less than 10,000 years ago.

Teacher: Well, science shows us that the universe is much older than 10,000 years old. This is confirmed through the fossil record, geology, radioactive dating, and many other sources. Evolution shows us that humans are the product of a very long process. We have very good evidence supporting the idea that humans arose in Africa about 50,000 to 100,000 years ago and are now what we are. Vestigial organs, molecular genetics, and the fossil record, among other sources confirm evolution. I recommend that you read Jerry Coyne’s Why Evolution is True, Richard Dawkins’ The Greatest Show on Earth, visit TalkOrigins.org, and do some research on these matters.

What teachers should NOT do, though, is say things like,

The main goal, I believe, of a science teacher, is for students to be inspired by science as a way of life, investigating claims, and being very excited about learning about life. My middle school education, as far as I can remember, was just facts remembered and regurgitated on tests. I didn’t really learn much about the methodology of science applied to everyday life and why science is so important. My enthusiasm about science was blossomed when I became an atheist and wanted to learn about evolution. I read Jerry’s Coyne’s wonderful book and was astonished and convinced. I then went on to read Carl Sagan’s thrilling Demon Haunted World (that really ought to be used in EVERY science class that is age-appropriate).

* The word “theory,” in an everyday sense, is thought to simply be a guess. Anti-evolutionists often say that evolution is “just a theory,” but don’t realize that a theory, in a scientific sense, is a framework for explaining how something works.

** We need to end the nonsense of “believe what you want to believe” and replace it with, “Don’t believe what I say, don’t believe what anyone says…but here are my points, arguments, and reasons for taking my stance. Go out and do the research, listen to what others have to say, and make an educated decision.”

*** Evolution is not equal to the claims of the creation story. Presenting it as such greatly weakens the case for evolution and presents your decision as an equal choice.