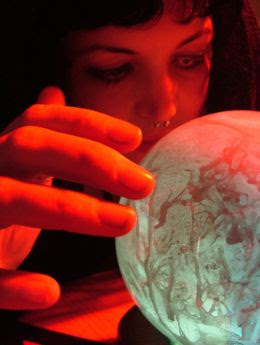 I’m not against parents who want to find help to find their children.

I’m not against people who seek psychic services who understand that the services aren’t “real.”

What I am against, though, is people who say that they have supernatural powers and don’t offer their services as entertainment. Self-proclaimed psychics offer false hope and exploit people who often are in very desperate need of assurance, are very afraid, and are desperate to find missing persons.

Pauline Bailey, a resident of Pittston, recently contacted psychic Carla Baron with sincere hopes of finding her missing daughter. According to Clara Baron’s Web site, phone sessions range from $155 to $310. I’m not sure whether or not the Pittston resident was charged for the services of Baron, but there is no doubt that countless other individuals have been charged.

There is no compelling evidence that any people have supernatural powers whatsoever. If psychics like Clara really do have powers, they should submit themselves to experimental testing and prove their abilities. Until this is done, everyone should not accept her claims and be very skeptical of her abilities.

I have publicly challenged Clara to a test of her psychic abilities and have also referred to James Randi’s one million dollar supernatural challenge. She has not responded to my message and has blocked me on Facebook. What is she hiding?