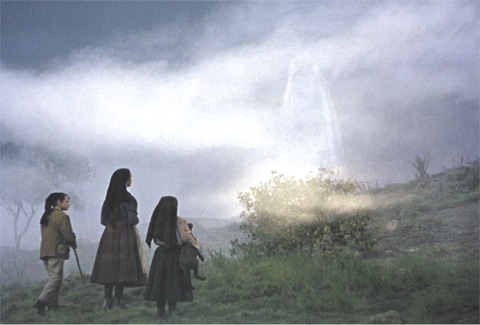 Months ago, I authored a post dealing with what is often called the problem of divine hiddenness or, more generally, why — if the Christian god exists — the Christian god remains hidden. Theists typically, at least from my experience, use personal revelation as reasons to believe in God (or otherwise justify their previously held belief in God) and thus — as it seems and should be guaranteed to follow if we accept their claims for sake of argument — increase the probability of God existing. Surprisingly though, as I will argue, if it is the case that theistic belief is conditional on a god not revealing himself, it seems to be the case that both claims of personal revelation undermine the reasoning of theists who maintain that God must remain hidden due to certain considerations and that claims of personal revelation (if accepted for sake of argument) actually seem to lead to a conclusion that the Christian god doesn’t exist.

Before getting into the thick of things, as this should often be the case, it should be helpful for me to define terms in order to eliminate confusion.

Personal revelation is a phrase used to describe some sort of intervention from God in which a person believes that they are either communicating with God or receiving some sort of message or good reason to warrant belief in God. Revelations can come in many forms from something as simple (and silly, some theists would even attest) as seeing Jesus in a photograph to being ‘called’ by God to enter into priesthood or something similar. The Catholic Church, for instance, is filled with a history of people — some of them saints and some of them simply laypeople — who claimed to have personal revelations and even have claimed to encounter God or other figures in groups of people as opposed to a solitary encounter.

Divine hiddenness is a phrase used surrounding the concern of why, if the Christian god exists, the Christian god remains hidden or otherwise doesn’t unequivocally reveal himself to everyone so that they believe. Some versions of what turns out to be a problem (or even an argument against the existence of God) include an argument for why God would want and should want to reveal himself to everyone. Theists often maintain, from my experience, that God has sufficient reasons to remain hidden and, on some accounts, his hiddenness is required to preserve free will, ‘genuine belief,’ and even faith.

The problem, then, when understanding both divine hiddenness (and the associated reasons that God ought to remain hidden or otherwise a warranted Christian belief being contingent on God remaining hidden) and personal revelation should be clear. A theist can not justifiably maintain that God both must remain hidden (or remains hidden and has reasons to do so) and that God reveals himself to people; a contradiction seems to be apparent here. A further problem is found, then, when people maintain that God has revealed himself to people. If God must or does remain hidden, instances of revelation — if true (or accepted for sake of argument) — seem to lower the probability of the Christian god existing.

Suppose Bob maintains that the Christian god exists, has sufficient reason to remain hidden, and has revealed himself to Bob. What are we to make of this? In order to avoid a contradiction and remain coherent, Bob must reject one of his ideas, but which one of these ideas should he reject? Suppose Bob — prior to having experienced a personal revelation — has a litany of reasons which he considers adequate enough to warrant belief in the Christian god including but not limited to arguments from design and cosmological arguments. Bob, then, doesn’t find reason — when considering these arguments and arguments from detractors — to reject belief in the Christian god, but has to face the question of why God remains hidden and doesn’t unequivocally reveal himself to everyone. Suppose Bob maintains that God doesn’t reveal himself because God wants to preserve free will (and Bob believes that an utter revelation would infringe upon free will and not lead to genuine belief) and values belief based on a considerable degree of faith. Bob, then, after his personal revelation experience, seems to have to reconsider some of his beliefs.

Hopefully this hypothetical example gives a good introduction and a better understanding of the following problem which I will formalize:

In order for this deductive argument to be valid, its premises must lead to the conclusion and this is the case, so challenges to it must be attacks on its soundness (the truth-value of the premises). The argument, though, can only work — as premise one implies — if God’s hiddenness is contingent on Christian belief; theists who believe that God doesn’t remain hidden are not faced with a problem. Remember, many theists will argue that God has sufficient reasons to remain hidden including but not limited to considerations of free will, faith, and genuine belief.

What, then, should people draw from this reasoning I proposed if I happen to be on-target? It seems quite obvious, as people might have already considered, that God can’t both remain hidden and reveal himself to people, but the less obvious item I argued for is that claims of personal revelation — when coupled with the belief that if the Christian god exists, he must remain hidden and/or that personal revelation claims can’t be genuine — actually make a solid case against (not for) the existence of the Christian god.