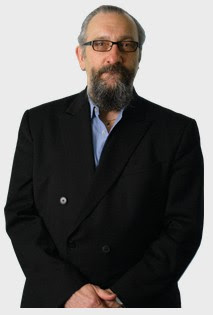 Instead of hiring political cronies and arguing unconvincingly that such patronage saves taxpayers’ money, the new majority Democrat Lackawanna County commissioners should speak out about developing County of Lackawanna Transit System (COLTS) recklessness that might one day cost taxpayers far more money than the commissioners claim to save.

COLTS is the government-supported public bus service run by a board of directors whose members are appointed by the elected county commissioners. COLTS has decreed that they will determine what ideas they approve and what ideas they reject for advertising on the sides of the public transportation.

As soon as I heard the news, First Amendment violation alarms immediately went off in my head. But Commissioners Jim Wansacz and Corey O’Brien hit the snooze buttons on their brains.

When that happens, taxpayers pay. As if a 38 percent county tax increase isn’t bad enough, legal fees alone if this issue goes to court could break the public bank. If the county loses, which ACLU super lawyer Mary Catherine Roper is convinced they will, yet more public funds will be squandered by this new and vapid duo that promises to lead us to prosperity.

The matter at hand is relatively simple: A young local atheist who in the past raised hell about Christmas displays on government property has asked to pay for a bus ad that simply says “atheism” and provides a telephone number and website address for people who might want to make contact.

The COLTS board, however, set a policy in June that gives them the power to decide content in messages. Such content cannot provoke a public forum or discussion, particularly about matters of controversy, according to Gretchen Wintermantel, the COLTS spokeswoman with whom I spoke yesterday.

Board members set the policy and the COLTS managers make the decision, Wintermantel said.

By the end of yesterday’s show, she had not responded to my email asking the names of the authority public servants who make these arbitrary and highly subjective political decisions. These decisions are, indeed, political, as are any and all decisions made by any and all government authorities that receive any and all funding from federal, state and county coffers – as does COLTS.

I asked spokeswoman Wintermantel if I could pay for a bus ad that displays my face and the name of my radio station. She said I could, even though I am more controversial than anybody in local media or politics, for that matter.

But she said COLTS would draw the free speech line if I expressed an opinion in the ad such as “I like guns” (which, of course I would never say, instead preferring something like “Impeach O’Brien and Wansacz.”

That’s where government censorship comes into play. That’s where the bills start to mount as visions of punitive damages dance in my head. That’s where First Amendment infringement rears its ugly head.

Witermantel said that she and one of two COLTS lawyers – more government political appointments, of course, who are called solicitors in the world of local government – put the policy together. When she reminded me that she once worked in journalism I fought the impulse to remind her that she must have forgotten everything she should have learned in the process.

I take my First Amendment rights as seriously as anybody. As a veteran journalist who once got arrested for my service to the First Amendment, a Lackawanna County taxpayer and good government advocate, I also take seriously bureaucratic ignorance that risks public money we don’t have to begin with.

Wansacz and O’Brien posture and preen and essentially do nothing to protect taxpayers or good government from abuse and waste. Neither commissioner has commented public on this dangerous hazard for county taxpayers. Expect more of the same.

So while the atheists and the ACLU decide how to play this one – after the ACLU won large legal fees in a recent similar case in Alleghany County – COLTS has another problem.

The vice president of the COLTS drivers’ union called “Corbett” yesterday to announce the COLTS management decision to order a driver to remove what the union official called a “public relations” message from the top front of his bus.

The VP said he could not comment on the hypothetical of a driver posting a PR message that read, “Allahu Akbar,” or “God is the greatest” to those of the Muslim faith. But the union officials said he was concerned that the drive’s free speech might also be undermined by the forced removal of this patriotic and religious motto that the driver takes to heart.

Oh, we definitely got trouble, right here in the Electric City.

Like prophet Ken Kesey said, “Either you’re on the bus or you’re off the bus.”