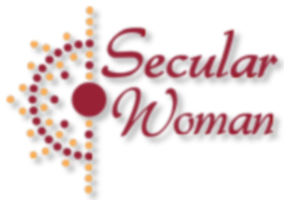 I published an article for Examiner.com titled “Secular Woman launches.” Included in the article are comments from Bridget Gaudette, the group’s Vice President of Outreach, and an audio interview the leadership team participated in. Read the first paragraph of the article below.

A new organization in the secular/atheist movement, Secular Woman, a non-profit incorporated organization preparing its application for 501 (c)(3) status — whose mission is to “amplify the voice, presence, and influence of non-religious women — has launched. Secular Woman “envisions a future in which women without supernatural beliefs have the opportunities and resources they need to participate openly and confidently as respected voices of leadership in the secular community and every aspect of American society.” Their board of directors – currently comprised of their founding members – consists of Kim Rippere, Brandi Braschler, Bridget Gaudette, and Mary Ellen Sikes.