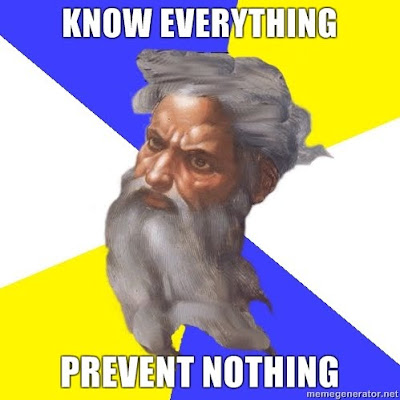 My recent Letter to the Editor regarding the problem of evil and the Japanese earthquake is getting many responses from Christians who are making my case look very good. Here’s a response that was published today.

I’m writing in response to a letter to the editor titled “Natural disasters require our help, not our prayers” (March 17), which was submitted by Justin Vacula, co-organizer and spokesman of the NEPA Freethought Society.

Vacula wrote: “The recent devastation in Japan has led many well-meaning believers in God to pray, but their prayers are futile, displaying an obvious contradiction in their supernaturalistic worldview.

“Theists believe that God created the universe and that everything happens according to his will.”

He further wrote, in part, “disasters of the world should lead us to the conclusion that belief in an omni-God is irrational.”

Mr. Vacula, by your words, you appear to be an atheist and/or New Ager and hold the belief that you are what I lovingly refer to as a “monkeyman,” evolved from your ancestral ape lineage. Your views on God and prayer are irrational and without merit. Ask the countless believers who have and do know the power of the living God, which contradict your unsubstantiated viewpoint. Why you had to publicly associate God and prayer with disasters and death, and then with the American Red Cross and donations, is beyond comprehension.

God did create the universe, and man was created in his image. Jesus is our salvation, for no man will come to the father but through him. God does not wantonly kill men. He is a loving God. Men kill men. Sin, irrational thinking and stupidity destroy men.

And, yes, it is our moral obligation to try to help our fellow man in times of disaster or misfortune, but it doesn’t necessarily mean the help must come in the form of material things or money, as you suggest. Prayer is far more powerful and lasting.

The reader who responded to my letter hasn’t done much research at all because it’s quite easy to come to the conclusion that I’m an atheist and not a new-ager. He offers no arguments, but rather just makes assertions and resorts to name calling such as “monkeyman,” whatever that means. Of course I accept evolution. The scientific community has gathered the evidence and genetics, speciation, the fossil record, etc show that evolution happened.

The author makes a fallacious appeal to popularity when he says “ask the countless believers who know the power of the living God.” Personal testimony in this case is worthless because naturalistic explanations can offer a better reason for this “power of prayer.” Millions of people from different religions attest to their gods answering their prayers and they certainly all can’t be right. I associate God with natural disasters and death because theists believe that he created the universe and everything happens according to his will. If this is the case, he’s responsible for natural disasters and obviously did nothing to stop them if he does exist.

I want people to donate to relief efforts because this humanitarian aid is actually needed. The moral priorities of many religious people are greatly skewed, including this author’s, who think that help need not be material and “prayer is far more powerful and lasting.” The author says “men kill men,” but he somehow neglects the presence of natural disasters. My arguments are not against moral evil, but rather natural evil. The author fails to respond to my natural evil arguments. In the Old Testament, God actually does kill a great number of men. Remember the Great Flood that wiped out almost all of humanity, for example?

The author tries to place the blame on humans who build homes near areas of potential disaster, but this still doesn’t work because God set these conditions and presumably knew that these people would die, yet he didn’t build the earth in a different manner. Also, it’s not very obvious that people build their homes in areas of natural disaster. In any case, the argument is a non-sequitur and fails to answer my arguments. You can’t possibly put the blame on humans for natural disasters. I rest my case. The mind of the religious can often be very harmful when people think that donating money to relief efforts is not a priority.