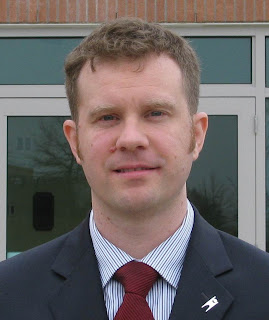 Jason Torpy, President of the Military Association of Atheists and Freethinkers

Episode #14 of the NEPA Freethought Society Podcast is now available! More details are available below. Downloads and associated links are on the podcast’s page.

If you wish to ask a question or comment on this podcast please send your email to podcast@nepafreethought.org

About Jason Torpy:
After joining the military in 1994, Jason has been active with the nontheist community. He has addressed issues of separation of church and state and equal opportunity for nontheistic service members in Army basic training, Army parachutist training, military academy programs, and while deployed to Iraq with the Army’s 1st Armored Division. His education includes a Bachelor of Science degree in Engineering Management from West Point and a Masters Degree in Business Administration from The Ohio State University. Jason also serves on the boards of the Secular Coalition for America and American Humanist Association.

About Military Association of Atheists and Freethinkers (MAAF):
The Military Association of Atheists and Freethinkers an independent 501(c)3 project of Social and Environmental Entrepreneurs. MAAF is a community support network that connects military members from around the world with each other and with local organizations. In addition to our community services, we take action to educate and train both the military and civilian community about atheism in the military and the issues that face us. Where necessary, MAAF identifies, examines, and responds to insensitive practices that illegally promote religion over non-religion within the military or unethically discriminate against minority religions or differing beliefs. MAAF supports Constitutional State-Church Separation and 1st Amendment rights for all service members. We also coordinate with other national organizations who hold the same values.

Mentioned in the Podcast:
Military Association of Atheists and Freethinkers
Center for Inquiry
Atheists with ‘atheists in foxholes’ banner again booed in Memorial Day Parade

Music used in podcast:
Artist: Within Temptation
Song: The Truth Beneath the Rose
Lyrics highlighted:
Pray for me ’cause I have lost my faith in holy wars.
Is paradise denied to me cause I can’t take no more?
Has darkness taken over me, consumed my mortal soul?
All my virtues sacrificed, can Heaven be so cruel?