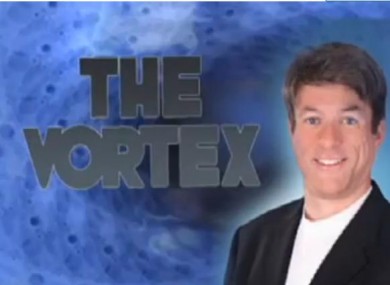 Recently, I wrote an article for Examiner.com based on my interview with Michael Voris whom I briefly met in Wilkes-Barre after he gave a speech. I also got a picture with him. Voris is, hands down, my ‘favorite Catholic’ because he is very entertaining, consistent, and is a great look into what fundamental Christianity is like. In my Examiner.com article, I did not intend to counter Voris’ arguments and only wanted to report. I was also quite limited in text. This blog post will be a refutation of Voris’ arguments.

Regarding Voris’ speech at Marywood University, I’m in agreement with Voris. The local diocese agreed to host Voris, so he bought a plane ticket and scheduled to fly on a certain date at a certain time. Before reserving speakers and before said speakers make plans to fly, the diocese should first do a quick background check on their speakers. In the case of Voris, it’s quite easy to find his YouTube channel. The Diocese thought that he was “too insensitive” to people of other faiths…perhaps admitting that Voris is ‘more Catholic’ than members of the diocese. If you are a Catholic who believes that everything the Church says is true, you should not hesitate to say that those of other faiths and no faiths are wrong…and that’s exactly what Voris does. While this exclusivist stance (my religion is right and all the others are wrong) may be morally repugnant and reek of absolute certainty, it is intellectually honest.

I think the best solution for the diocese would have been inviting Voris and then having a representative on-site to give a rebuttal after his speech. Voris certainly would have accepted this and the diocese could have not screwed him out of a plane ticket. Voris and those in the diocese both profess to be Catholic…and Voris really represents the Catholic viewpoint (despite some of his political opinions, evolution denial, etc). If they disagree with him, the way that they should have gone about disagreement was to have a rebuttal right after his speech.

In my article, Voris repeats the all-to-often “atheists can’t make sense of morality if they don’t believe in God.” This argument is a really bad one that is quite insulting. It’s quite obvious that atheists, just like everyone else, can be moral individuals (and are). When people raise this objection to atheists, I typically ask them, “If you suddenly came to the conclusion that there is no good reason to believe in God, would you go out and commit genocide?” I’ve never heard one person say yes. It’s clear, at least to me, that morality does not stem from belief in God; whether or not one believes in God is irrelevant to the question of morality. People are moral individuals mainly because they have empathy, morality is an evolutionary product, people want to see others prosper; people want to avoid punishment.

We can talk of morality in a contingent sense in which morality only makes sense because sentient, conscious creatures exist. We realize, since others have the capacity to feel pain, be self-aware, experience deep emotions, etc, that we have moral obligations to others. When we self-reflect, we notice that other creatures have similar needs and wants as we do including safety, love, etc. Confucius, before Jesus, noted what should be the conclusion of these realizations: “One should not treat others in ways that one would not like to be treated.”

Theists also have significant problems when they appeal to God as a lawgiver or some sort of moral standard to look up to. One of the biggest problems is known as the Euthyphro Dilemma which came from the writings of Plato. The problem is roughly this, updated to modern contexts: “Does God endorse that which is good or is that which is good good because God endorses it?” If God endorses that which is good, we need not appeal to God because there is some other standard by which the goodness is judged. If moral standards are good because God endorses them, then we have a “might makes right” problem and morality can be arbitrary; God can endorse any action such as torturing babies for the fun of it and because he would endorse it, the action would be good. Of course, torturing babies for the fun of it is not good, so this option can’t work.

Morality is a product of evolution and common sense. We realize that we need to work together and be nice to others on a very basic level in order for society to exist and to survive. We didn’t need the ten commandments or the proverbial Mount Sinai to understand that murder and perjury are wrong. Morality is also a product of experience and socialization. We understand, through life experience, that we ought to behave in certain ways and not behave in certain ways in order to flourish. For more on the moral argument for God’s existence, the Euthyphro Dilemma, and why people behave poorly, please click on the hyperlinks.

Responding to Voris, we can object to the actions of Hitler and the Nazis because we can understand why genocide is horrendous for several obvious reasons. We don’t need a belief in God or some divine lawgiver to understand why genocide is wrong. We, as empathetic individuals, can understand that the Holocaust was wrong because innocent people are being deprived of basic human rights, murdered, tortured, forced to work in prison camps, etc. Only a psychopath or an extreme anti-Semite would believe that Hitler was justified in killing millions of people…and their ‘opinions’ do not matter in the moral conversations.

Voris poses several objections to atheists such as “they can’t explain where the universe came from or explain love.” Both of these objections are profoundly fallacious; they are arguments from ignorance and burden-shifting. The burden of proof is on the theist to demonstrate God, not the atheist. If the atheist can’t answer a question posed by a theist, this doesn’t suddenly justify belief in God or make these position/argument justified.

This sort of thinking is similar to what 9/11 conspiracy theorists and holocaust revisionists employ. If a person can’t explain how a building would fall in a certain matter, the ‘truther’ thinks, then belief in a conspiracy is justified. The revisionists say, “No holes, no Holocaust” and find several ‘problems’ in the ‘official explanations’ of the Holocaust and because of this, they think that their arguments are justified, but this is not how argumentation works.

This is also a false dichotomy – one in which if you can’t answer my objections, my side suddenly is justified. This sort of thinking also happens in the evolution/intelligent design ‘debates.’ The ID proponent says, “Look at blood clotting. You can’t explain that.” They think, just because the evolution proponent can’t answer a question, intelligent design is suddenly justified. All that this means, though, is “I can’t explain one problem” and does not immediately defeat a position. Intelligent design, in this case, would only be justified in the ID proponent can make a case for why their position is the correct one.

Bill O’ Reilly tried this sort of thinking in a recent discussion with David Silverman when he said, “Tides go in, tides go out. You can’t explain that.” O’Reilly thinks that just because an atheist can’t explain the tides or, in a later video, “how the moon got there,” that belief in God is justified. Voris is doing the same exact thing. You can’t explain ‘x’ does not entail that an opposing position is automatically defeated.

Throughout history, we did not know how to explain phenomena such as thunder, earthquakes, disease, and seizures. In times past, people used gods to explain all of these, but we have now found naturalistic explanations and no longer need to assert God to explain what we previously did not understand. While we might not be able to understand “where the universe came from,” this doesn’t mean that we can justifiably say “God did it.” Which God did it, anyway? How do we know the Christian god did it? Why couldn’t some naturalistic explanation account for it? If we don’t know how something works, we should be honest and say “I don’t know” instead of jumping to supernatural conclusions. Why should we ever go from “I don’t know” to “God did it?” This strategy, from theists, is often called “God of the gaps.” Theists posit God into areas that are currently unexplained, but over time, God gets ‘smaller and smaller’ as new information is found.

“You can’t explain love” is fallacious for the reasons I detailed above…and is even sillier. We actually can explain love…and it is a product of the brain. We’re attracted to certain individuals and certain neurotransmitters in the brain emit hormones such as oxytocin. Attraction also is completely plausible within an evolutionary framework. While we can have sex with people we hate and don’t need love for reproduction, this doesn’t entail that love makes no sense within an evolutionary framework. Regardless, even if we can’t make sense of love, this doesn’t entail that God exists or that atheists are unjustified in their positions.

Voris believes that evolution is treated almost as dogma in the scientific community. “Dogma” is not a word that makes sense within the scientific community because theories are constantly put to the test and could be falsified when profound objections are levied. Scientists and non-scientists accept evolution because of the tremendous amount of evidence supporting it including be not limited to shared DNA, speciation, the fossil record, vestigial organs, etc. The idea that we descended from a common ancestor is a fact, not a dogma. Year by year, contrary to what Voris says, evolution becomes more and more justified. In the time of Darwin, sufficient evidence existed to substantiate evolution, but now — with the fossil record, DNA, and answers to questions of ‘complexity’ — the evidence for evolution is stronger and stronger. I’d like to know about the brilliant minds who shot holes through evolution…

Voris says, “How can you make life out of slamming rocks together” and immediately shows his ignorance of evolution. No scientists say that life emerged from “slamming rocks together.” Voris conflates abiogenesis, the field in which life emerging from non-life is explored, with evolution. Abiogenesis and evolution are two separate disciplines…and just because we might not be able to explain how life came from non-life does not entail that belief in evolution is unjustified or belief in God is justified.

Voris’ comments on homosexuality are completely unjustified. His statements endorsing ‘curing homosexuality’ are not endorsed by any credible psychologist or psychology association. People aren’t gay because “something got off the rails somewhere,” but rather because they were born that way. Sexual orientation is not a matter of choice or a product of bad life experiences.

I could have written objections to Voris’ arguments in my Examiner.com article, but my intent was to report, not to raise objections to Voris. My article was, in no way, an endorsement of Voris. Many people understood that, but ‘casual viewers’ who didn’t know me were unaware of this. Sorry for that! This post could have been much longer, but I simply wanted to get the basic objections out there.